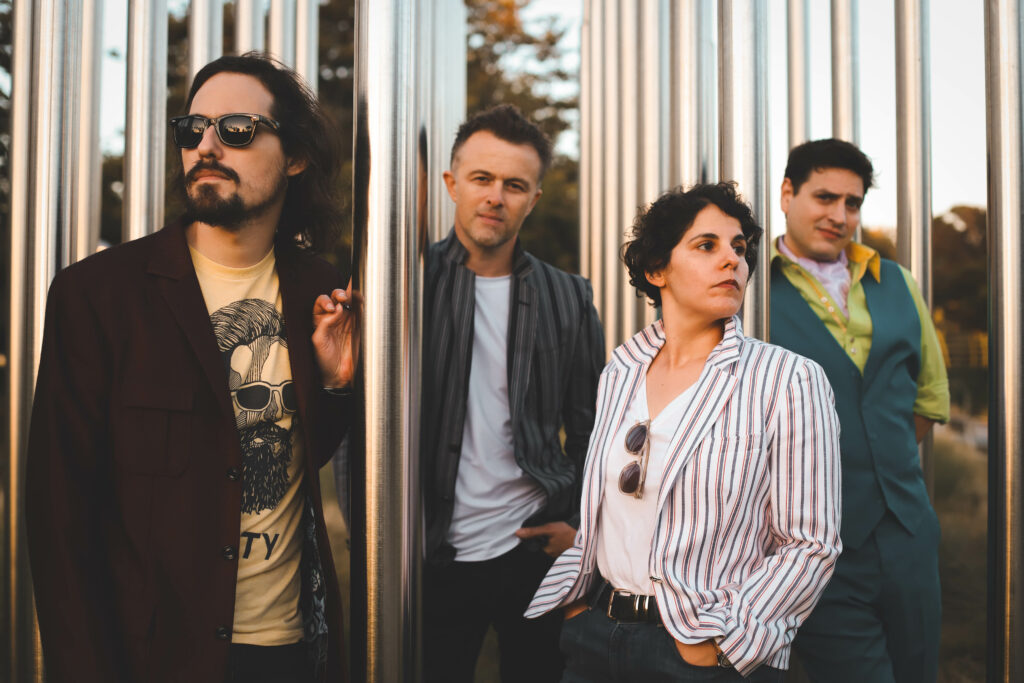 The group launches itself skyward with Apollo 6, a psychedelic album laced with sweeping, spacey textures and distinctly personal songwriting. “We kept asking ourselves, ‘What would a rock band on a different planet sound like?'” says de la Osa, who shares lead vocals and songwriting duties with Beguiristain. “That question led to a lot of sonic experimentation, and we came up with a cosmic, echoing record where you can hear the room itself. You don’t just hear the song. You hear the space.”

For Aloud, breaking new ground wasn’t just a creative decision; it was a necessity. After putting the finishing touches on 2020’s Sprezzatura — an ornate album inspired by the Muscle Shoals sound, featuring horns, strings, and contributions from Grammy-winning engineer Guy Massey — the musicians found themselves at home, unable to perform together due to the global pandemic and nationwide lockdown. They’d always been a collaborative outfit, arranging songs together in a rehearsal space before tracking them in a recording studio, and they’d just released the most lushly layered album of their career. Now, they’d have to do something different to maintain momentum.

“As writers, we’re always looking at the experiences we’ve had and trying to use that as inspiration for songs,” says Beguiristain. “Being locked up meant we had to turn inward instead, because that’s all we had. I think we just naturally went to a personal place, and the guitar became our way of dealing with things. Songs became our therapy.”

Recorded in several home studios across Los Angeles, Apollo 6 came to life as Aloud reflected upon the chaos, challenges, and resilient spirit of the modern moment. Beguiristain and de la Osa wrote songs about the benefits of meditation, the detriments of social media, and the coping mechanisms humans turn to during dark times. They experimented with guitar pedals — a Space Echo here, an organ emulator there — to coax new textures out of familiar instruments. They peppered their songs with sound effects, bird noises, and snippets of dialogue. Without help from an outside producer, the two reached out to bandmates Charles Murphy (bass) and Chris Jago (drums), both of whom utilized their home studios for recording sessions. Everyone produced. Everyone shaped the arrangements, including saxophonist Alanah Ntzouras Maguire. As Aloud readied Apollo 6 for blastoff, the musicians also made sure to balance the layered swirl of their instrumentation with the most personal songs of their career.

“The album became the most self-expressive batch of songs we’ve ever written,” de la Osa reflects. “Almost every single one of them was written about something we went through during that pandemic time.”

“The Comeback Kid,” with its space-cowboy stomp and western sound effects, became a musical mission statement: a battlecry from a band that formed in Boston, moved to Los Angeles, and weathered a host of challenges — from lineup changes to business deals gone south — over the course of five acclaimed albums. “Somewhere To Be” became a guitar-driven march worthy of Oasis, kickstarting the album with bold declarations like “I don’t care about the money; it’s all just paper to me.” De la Osa wrote about her search for stability with “Meditation for the Housebound,” a psychedelic rocker punctuated by blasts of brass, and Beguiristain measured the distance between real life and the echo chamber of the internet with the jangling “Big Blue”.

For all its fiery futurism, Apollo 6 also nods to the musical roots that first brought de la Osa and Beguiristain together. The two met as teenagers in Miami, where they grew up within the same working-class Cuban community. Bands like Oasis, Beatles, and The Who became their mutual favorites, soundtracking the pair’s relationship with a mix of guitar grandeur and pop melody. Apollo 6 is rooted in the same musical balance, but it also embraces an updated range of influences. The ambience of musique concrète, the witty angst of The Kinks’ Lola Versus Powerman and the Moneygoround Part One, the psychedelia of Noel Gallagher’s Who Built the Moon?, and the unforced cool of French pop all inspire Apollo 6‘s unique sound, and Aloud doesn’t recreate those influences as much as assimilate them into something sharply unique.

Apollo 6 is the sound of silver linings — a booming, boldly assured album created a time of uncertainty. 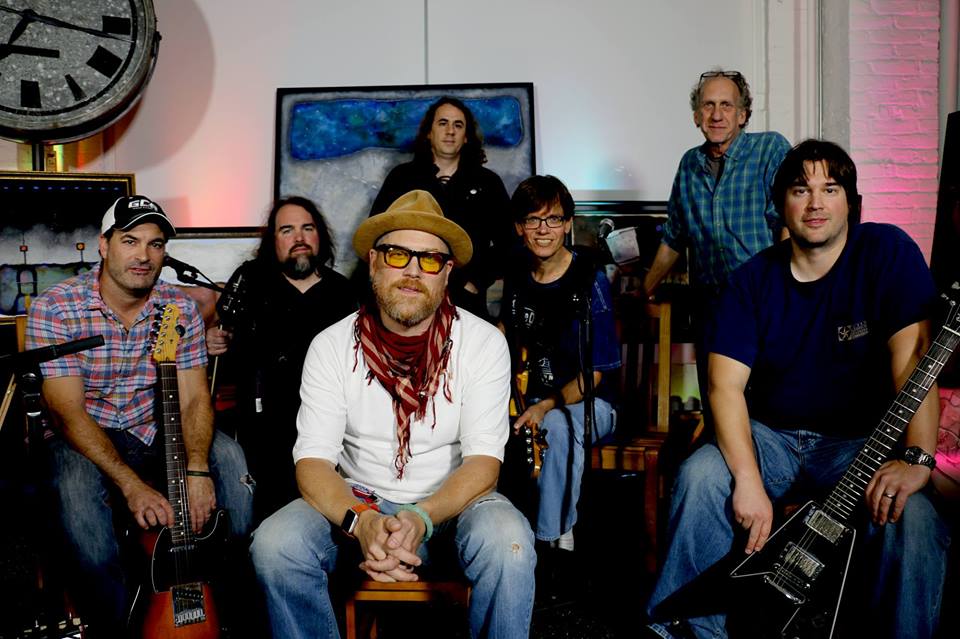 Since their first show way back in 2008, critics and fans knew there was something unique about OldJack. Hailed as the most underrated band in Boston, with three guitars, bass, drums, organ/keys, and a front man from yesterday, OldJack belts out their original material with lots of harmonies, big vocals, and guitar solos galore.

From being the underdog, wild card winning, reprieved Rock n’ Roll Rumble finalists to Boston Music Awards nominees and a staple of multiple music festivals in the northeast – OldJack has firmly planted their feet in the New England Music Scene, making music for music’s sake.

While the members have changed and the band has grown in numbers (they currently bring 7-8 people to the stage), the band is constantly developing and exploring its signature Old Soul Rock ‘n’ Roll sound.

Lemon Merchant Records was founded in a small apartment in Allston, Massachusetts, in 2006 with the modest goal of releasing Aloud’s debut album Leave Your Light On and then calling it a day.

However, like anything worthwhile, this small collective we call a record label has managed to stick around — adding dozens of additional releases (and counting!) along the way.

While our deep adoration of music has not made any of us independently wealthy, the work we boost has received nods from places like the Boston Globe, the Huffington Post, and NPR — as well as popping up in film and television, and winning the occasional award.

Since 2017, we have primarily operated out of Los Angeles while maintaining strong ties to the Boston area.